The ensemble of the Smolny Monastery bears the name of the site it is situated at- Smolyanoy Dvor, which means the "tar yard". The tar for the shipyards of the growing and developing St. Petersburg was prepared there. 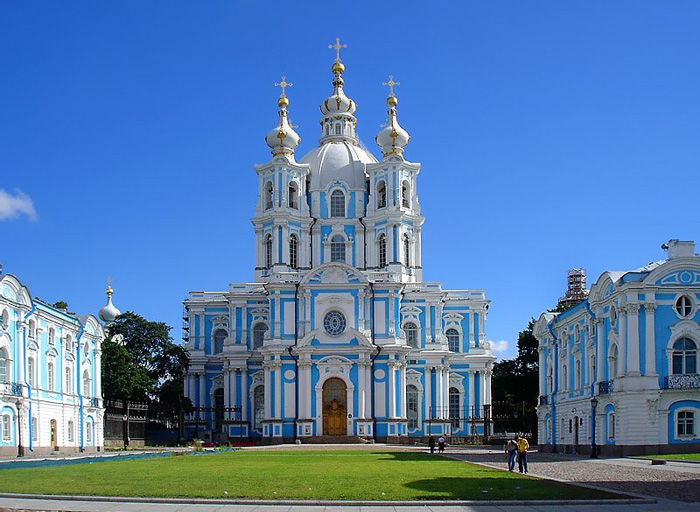 In the year of 1723, the yard moved to another place and in 1744, Queen Elizabeth, who was reining at the moment, ordered to start a convent. In 1764, before the convent was completed, Catherine the Great founded the first in Europe school for the daughters of nobility there, which later became known as Smolny Institute for Noble Girls. It existed until August 1917, when it was closed and soon became the headquarters of the October revolution. It was Lenin's residence for several months. In 1918 the Soviet government moved to the Moscow Kremlin, after that the Smolny became the headquarters of the local Communist Party.

Nowadays it is the seat of St. Petersburg government and the city governor.