The Naval Museum is one of the oldest museums of Russia founded by Peter the Great. Its history officially started in 1709. The museum has a collection of models of almost every ship launched in Russia since Peter 's time, a total of 1,500. It can be considered as the largest naval museum in the world. Its collection numbers over 700 000 items, including, models of vessels, examples of weaponry and military machinery, marine paintings. It is believed that "The Granddad of the Russian navy"-the boat of Peter the Great childhood is one of the most precious exhibits of the collection. 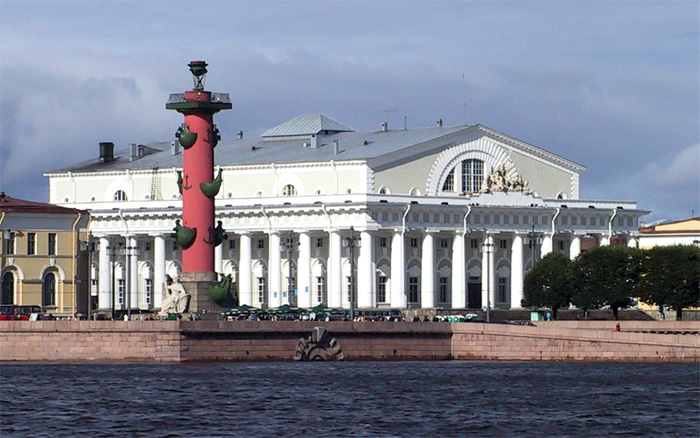 Since 1924, the museum has been known by its current name.