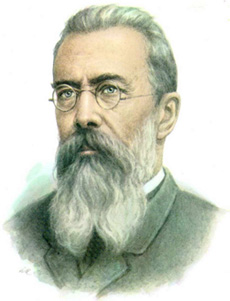 At present this is the only composer's museum in St.Petersburg. It occupies a wing of the house, where Rimsky-Korsakov had spent the last fifteen years of his life, from 1893 to 1908. It was here that he composed eleven of his fifteen operas. They are well-known Sadko, The Fairy-Tale of Tzar Sultan, The Tzar's Bride, Kashchey, the Immortal, The Golden Rooster.

After the composer's and his wife's death, for fifty years the apartment was shared by several families. Nevertheless, the composer's heirs managed to preserve all private belongings, as well as the furniture. On December 27, 1971 due to the efforts of the composer's descendants the renovated apartment museum opened. The authorities rank the museum to be the best composer's museums in Russia.

The memorial part of the apartment is made up of four rooms: Rimsky-Korsakov's study, the living room, the dining room and the hall. The rest of the apartment has an exhibition hall where lots of materials about the composer's life and work are displayed, and a concert hall.

In the study one can see the desk of the composer, his favorite armchair, an old writing desk. The main attraction of the living room is a Becker grand piano. It was played by S.Rakhmaninov, A.Skryabin. A.Glazunov, I.Stravinsky and Rimsky-Korsakov himself. The walls of the dining room are hung with painted portraits of the composer's ancestors. He belonged to an old Russian family, renowned since late fourteenth century. On the dining table there is family silver and such memorial pieces as a silver saltcellar and biscuit-dish.

The Museum restores not only the outward appearance of the apartment, but also its creative atmosphere. For many years it has been one of the cultural centres of St.Petersburg. Rimsky-Korsakov's guests, the composers Glazunov and Lyadov, Rakhmaninov and Taneyev, the painters Serov and Repin, the singers Chaliapin and Zabela-Vrubel were enthusiastic participants of the musical soirees. They got to be known as "Korsakov's Wednesdays". 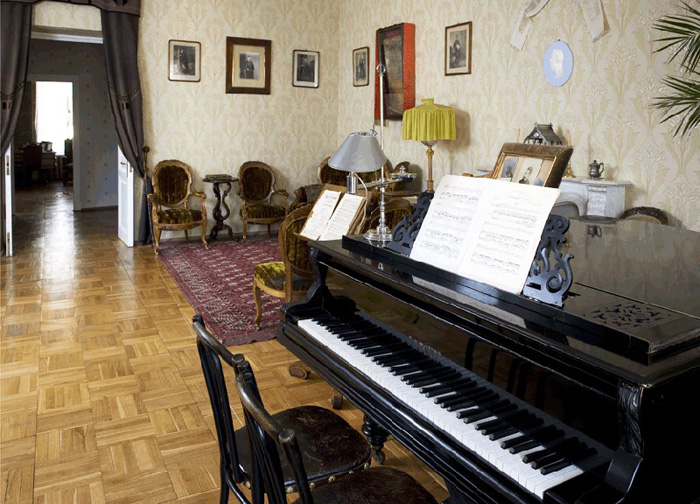 The musical life of the museum is as diverse today as it used to be then. Following the tradition, on Wednesdays musicians from the city opera houses and symphony orchestras come to perform here. There are also concerts for children and concerts given by young musicians.

Among the important things there is an author's manuscript of the opera "Kaschey the Immortal". It had been lost for 100 years and appeared in 1994.