The F.M.Dostoevsky Literary-Memorial Museum opened on November 12, 1971, in the house at 5/2 Kuznechny Lane. Dostoevsky had rented an apartment in this building twice, once for a very short time in 1846, and then from October 1878 until his death, on January 28, 1881. Here he had worked on his early story The Double, and here he wrote his last novel, The Brothers Karamazov. The Dostoevskys' apartment was recreated from the memoirs of his wife Anna and of his contemporaries. It was in this house that many of Dostoevsky's contemporaries were to visit him.

The exhibition of the museum restores the interior of the world famous writer's latest apartment. The exhibits are the private belongings of Dostoevsky and his books. After the visit to the museum it is reasonable to have the excursion "Petersburg of Dostoevsky" and visit the addresses of the heroes of Dostoevsky's novels "Idiot" and "Crime and Punishment".

Faithfully reconstructed, the apartment is full of photos, drawings and documents telling about Dostoyevsky's life, his impact on the world's culture. 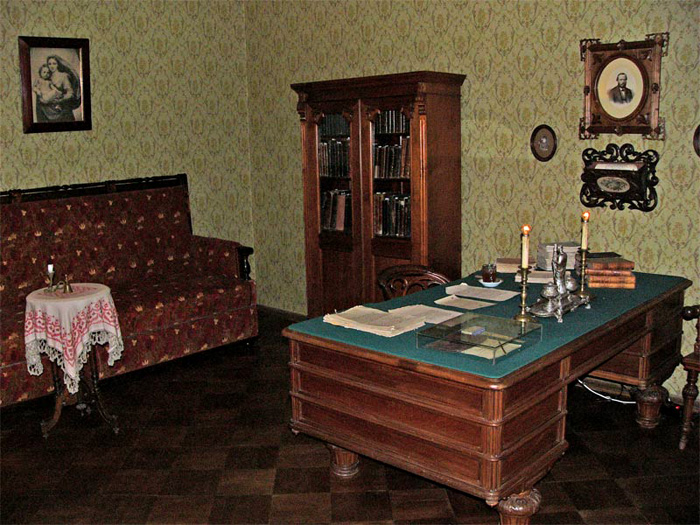