Museum of the Defense and Siege of Leningrad

Memorial Museum of Leningrad Defence and Siege contains a precious collection of over 35,000 original documents and possessions of townspeople and soldiers. They are letters, photographs, and diaries as well as a reconstruction of a typical room and a classroom of the period. It is possible to listen to the original recording of an air-raid.

The diary of Tanya Savicheva, a girl of 11, her notes about starvation and deaths of all her relatives with the last record saying "Only Tanya is left." reflects the horror of the time. The girl died of progressive dystrophy shortly after the siege. Her diary was shown at the Nuremberg trials.

Photographs on the display illustrate economic destruction and human losses in Leningrad. On both sides they exceeded those of the Battle of Stalingrad, the Battle of Moscow, or the atomic bombings of Hiroshima and Nagasaki. The 872 days of the siege caused unparalleled famine in the Leningrad region. The people were deprived of utilities, water, energy and food supplies. This resulted in the deaths of up to 1,500,000 soldiers and civilians and the evacuation of 1,400,000 more, mainly women and children. Many of them died during evacuation due to starvation and bombardments. 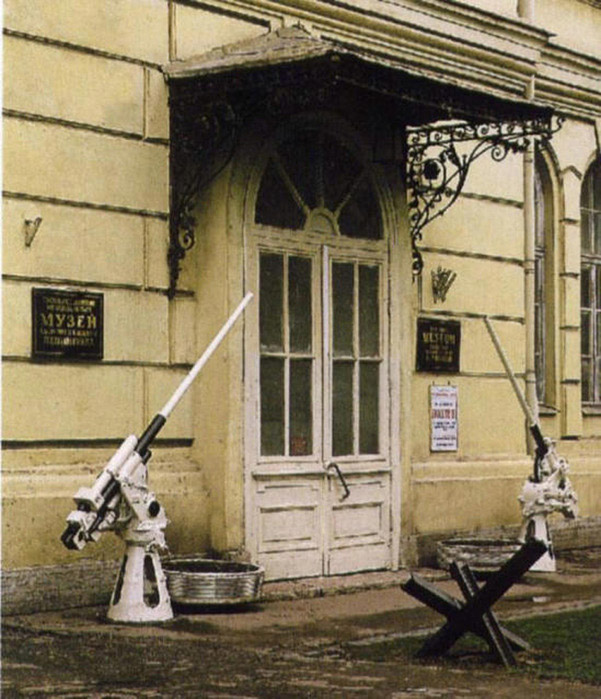 Civilians in the city suffered from extreme starvation, especially in the winter of 1941-1942. The only food available to the citizen at that period was 125 grams of bread, of which 50-60% consisted of sawdust and other inedible admixtures. The food ration card through which the bread was distributed and the slice of bread present on the display can really shock. At the end of the tour a documentary is offered.