The Hermitage pavilion of the Lower Park is situated far from the main paths. It is surrounded by a moat and the only way across the moat was a drawbridge which could be put up. Guests invited to a banquet were protected from any possible kind of intrusion.

On the first floor there was a vestibule, kitchens and servants' quarters, while the whole of the second floor was taken up by a single room in the middle of which stood a dining table for 14 people. A special device was built for raising the central part of the table from the first floor, where the table was set. Each of the guests could order a dish just for themselves. All they had to do was to write down their order on a piece of paper, put it on a plate, and pull a cord. A bell then rang downstairs in the pantry; the plate was taken down, and then sent up with the guest's order. 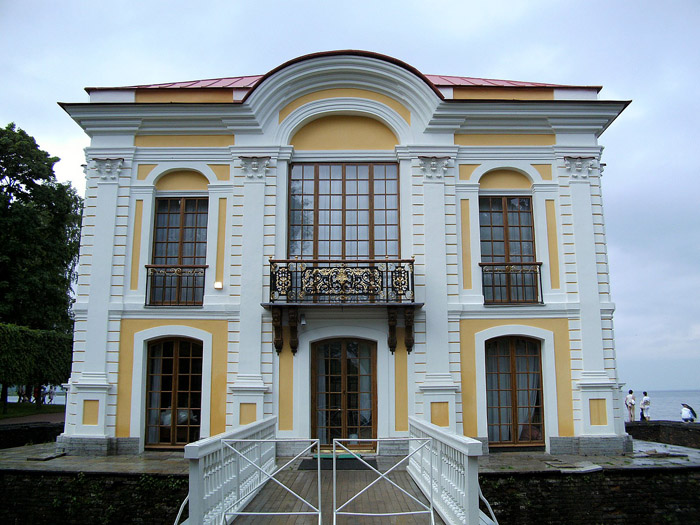 Today an oak staircase runs from the first to the second floor. The staircase was built during the reign of Paul I.

The original table in the hall was destroyed by the Nazi during WWII. The present-day table is a replica. But the services and the table linen are exactly the same as in the 18th century. The faience service with a cobalt design was made in Delft in Holland in the mid-18th century and some glassware was mostly made at the Imperial Glass Manufacture in St Petersburg in the 18th century. On the walls there are 124 pictures by West European and Russian artists arranged in a tapestry-like way.