Bathhouse building - elegant eastern wing of the Monplaisir Palace - originates from the wooden Peter's Bath. In 1865-1866 Russian Emperor Alexander commissioned the architect E. Gan to reconstruct the building in Bath stone, retaining a number of XVIII century premises. Simultaneously, the eastern facade of the bath shell was decorated with miniature Chinese garden.

Beautiful interiors of the tsars' baths with original engineering system and decoration will tell you a lot about bath culture in Russia. Russian bath for centuries was an essential part of living in Russia. People from Tsars to peasants not only washed there, but used it for religious ceremonies, to heal when they got sick. 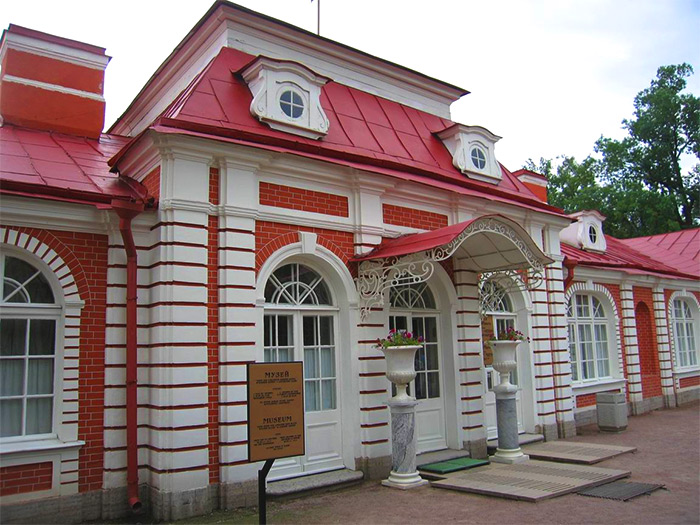 Russian empress Maria Alexandrovna the wife of Emperor Alexander II of Russia often came to Peterhof to stay in the bathhouse. She suffered from a disease of tuberculoses and bath ceremonies helped her to feel better even sometimes it was the only thing which helped her to sty alive. Assembly Hall (1726-32) included into the complex of the bathhouse serves a perfect setting for a story about the Russian Court ceremonies and enriches the excursion in the bathhouse.