St. Michael's Castle, also called the Mikhailovsky Castle or the Engineers Castle, is a former royal residence. It is located in the historic centre of Saint Petersburg. St. Michael's Castle was built as a residence for Emperor Paul I by architects Vincenzo Brenna and Vasili Bazhenov in 1797-1801. Emperor Paul I who was afraid of intrigues and assassination plots didn't like the Winter Palace where he never felt safe. The personal interest of the owner of the palace in Medieval knights and his constant fear of assassination affected the design of the palace. The new royal residence was built like a castle with rounded corners in which a small octagonal courtyard is located. Ironically, Paul I was assassinated only 40 nights after he moved into his newly built castle. He was murdered on 12 March 1801, in his own bedroom, by a group of dismissed officers. After Paul's death, the imperial family returned to the Winter Palace. St. Michael's Castle was abandoned and in 1823 was given to the army's Main Engineering School. Since then the building has been called the Engineer Castle. Between 1838 and 1843, the Russian writer Fyodor Dostoyevsky studied as a cadet at the Main Engineering School. 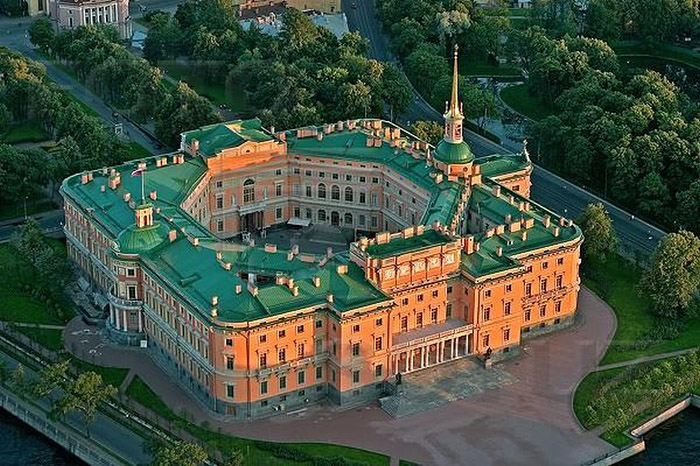 Motifs of various architectural styles such as French Classicism, Italian Renaissance and Gothic were used in the décor of the palace. As a result the castle looks different from each side. 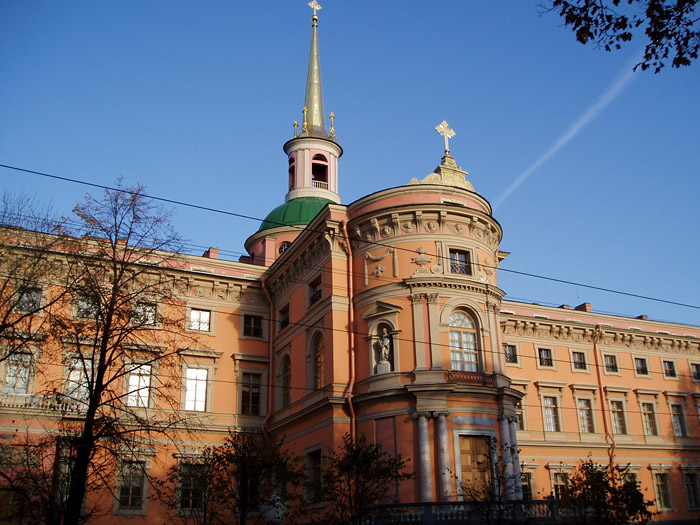 In the early 1990s, St. Michael's Castle became a branch of the Russian Museum and now houses its Portrait Gallery. Official portraits of the Russian Emperors and Empresses and various dignitaries and celebrities from the late 17th to the early 20th century are on the display there.