St.Isaac's Cathedral is one of the greatest monuments in Russian architecture and art of the middle of the 19th century. It is is the third tallest one cupola construction of the world after St. peter's in Rome (143m) and St. Pauls in London (109 m), St. Isaac's is 10.5 meters high.

The severe neoclassical exterior expresses a traditional Russian-Byzantine formula. A Greek-cross ground plan with a large central dome and four subsidiary domes is its best representation. It is similar to Andrea Palladio's Villa La Rotonda, with a full dome on a high drum substituted for the Villa's low central saucer dome. The design of the cathedral and its dome to some extent influenced the design of the United States Capitol in Washington, D.C. and the Cathedral in Helsinki. 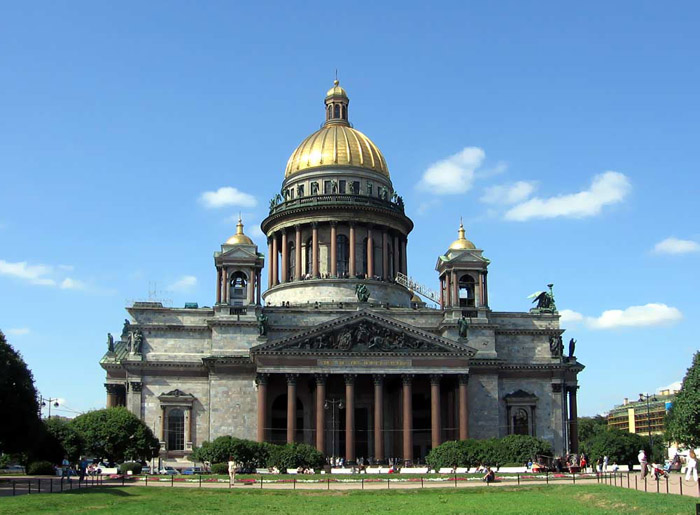 The cathedral was designed by architect Auguster de Montferrand. The contraction work lasted for forty years (1818-1858). The best Russian artists, members of the Russian Academy of Fine Arts, participated in decorating the interior of the cathedral. There are more than 150wall paintings decorating walls and columns of St. Isaac's Cathedral.

Two generations of Russian mosaic masters were working at the mosaic icons decorating the Cathedral. The job was extremely time consuming as mosaic masters were making exact copies of the paintings and so had to use 12,000 different shades of colour in their mosaics. It took about a year to make one square meter (11 sq. ft) of such mosaic. 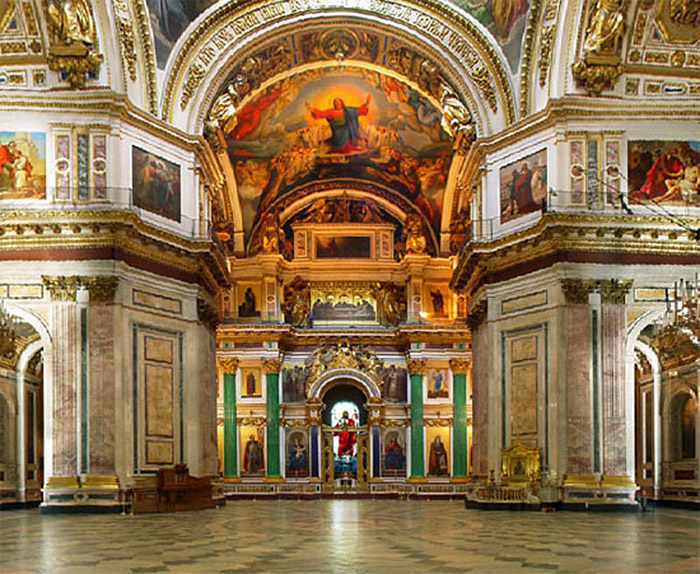 Nowadays, the cathedral is mainly used as a museum, but sometimes, on major religious holidays, services are conducted in there.