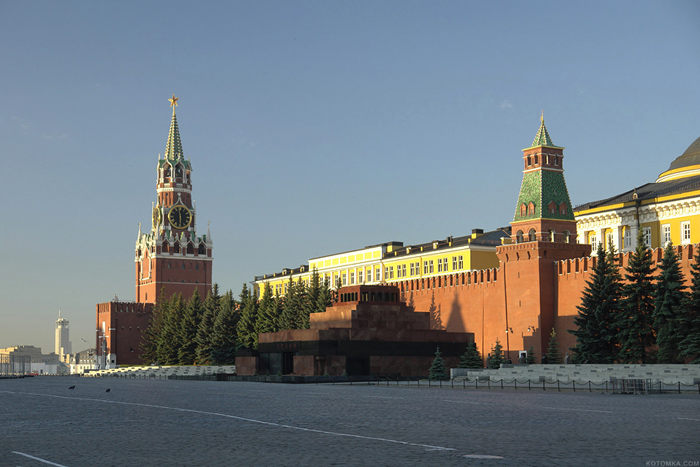 The site has been continuously inhabited. Since the 2nd century BC, up to the 14th century it was known as the 'grad of Moscow'. The word "kremlin" was first recorded in 1331 and its etymology is disputed. The Kremlin walls as they now appear were built by Italian masters between 1485 and 1495. The irregular triangle of the Kremlin wall encloses an area of 275,000 square meters (68 acres). 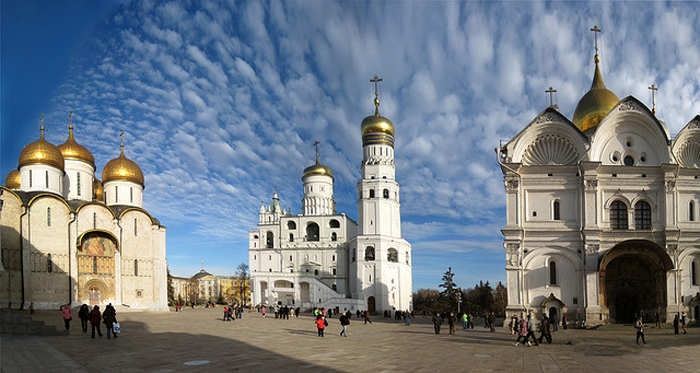 Cathedral Square is the heart of the Kremlin. It is surrounded by six buildings, including three cathedrals. They are fine examples of Russian architecture of the 15th to 17th centuries. Because the cathedrals the square became the main holy place in Moscow and Russia as a whole.