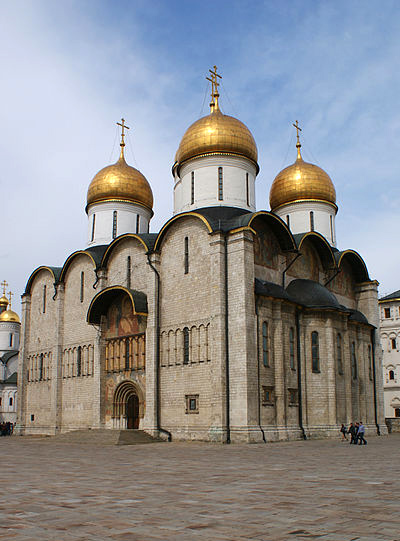 The Cathedral of the Dormition (Assumption Cathedral) was completed in 1479. The Cathidral as it was the main church of Moscow became the focal point of religious activity where all the Tsars were crowned.

The massive limestone facade, capped with its five golden cupolas was the design of Aristotele Fioravanti. From 1547 to 1896 it is where the Coronation of the Russian monarch was held. It is also the burial place for most of the Moscow Metropolitans and Patriarchs.