The gilded, three-domed Cathedral of the Annunciation was completed in 1489. A century later it was reconstructed to a nine-domed design. While during the reign of Ivan the Terrible a covered gallery was added on the left side, so that the Tsar could stand there during services. This was necessitated by the fact that contrary to church rules he married for the forth time in 1572, and so he was prohibited from attending general services.

The Cathedral was the family church of the Tsars. It was here they married and had their new-born heirs to the throne baptized. The Cathidral's senior presbyter was the Tsar's family confessor 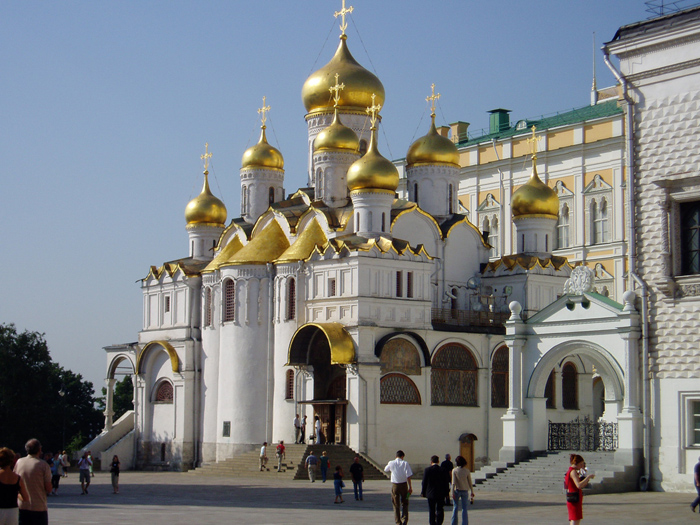