Nowadays, the Kremlin Armoury is home to the Russian Diamond Fund. The collections of the Russian, Western European and Eastern applied arts from the 5th to the 20th centuries are on the display in it. Some of the highlights include the Imperial Crown of Russia, Monomakh's Cap, the ivory throne of Ivan the Terrible, and other regal thrones and regalia; the Orloff Diamond; the helmet of Yaroslav II; the sabres of Kuzma Minin and Dmitri Pozharski; the 12-century necklaces from Ryazan; golden and silver tableware; articles, decorated with enamel, niello and engravings; embroidery with gold and pearls; imperial carriages, weapons, armour, and the Memory of Azov, Bouquet of Lilies Clock, Trans-Siberian Railway, Clover Leaf, Moscow Kremlin, Alexander Palace, Standart Yacht, Alexander III Equestrian, Romanov Tercentenary, Steel Military Faberge eggs. The ten Faberge eggs in the Armoury collection are well known the Imperial Easter Eggs. This is just a short list of the treasures of The Diamond Fund collection. 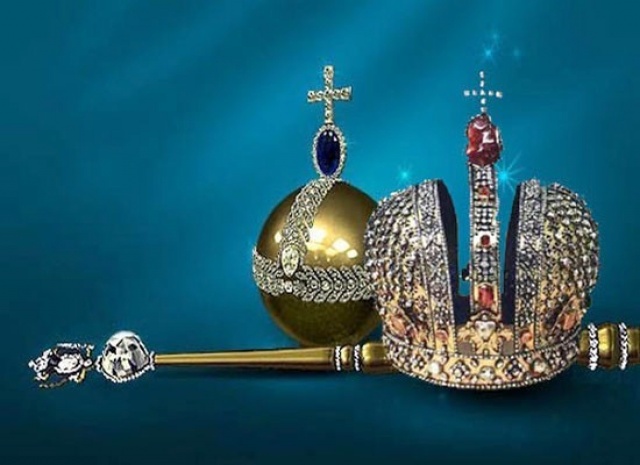