By European standards, Saint Petersburg is a very young city. Its foundation dates back to 1703, when Peter the Great laid the corner stone of the Peter and Paul Fortress which would later turn out to be the first building of the future city.

The city changed its name several times. In 1914, it became Petrograd, in 1924 it was called Leningrad and its name remained such until 1991, when the original name was returned to the city. Numerous Russian and foreign architects worked on designing the city according to the European standards. It is often described as the most western city of Russia. The Historic Centre of Saint Petersburg and Related Groups of Monuments comprise a UNESCO World Heritage Site.

There is no doubt that the city is the cultural center of Russia. It has hundreds of museums and including the world renowned Hermitage which attracts millions of people every year. As the director of the Hermitage once said "I can't say that the Hermitage is the number one museum in the world but it's certainly not the second". St. Petersburg has witnessed three Russian Revolutions. They include: The Revolution of 1905; the February Revolution of March 1917, during which Nicholas II abdicated both for himself and on behalf of his son, thus putting an end to the Russian monarchy; and the October Revolution which ultimately brought Vladimir Lenin to power. The conflict broke out in Petrograd on November 7-8, 1917 (the dates do not coincide because of Julian/Gregorian calendar differences). After that the city acquired a new descriptive name, "the city of three revolutions" which recalls the fact that all these three major developments in the political history of Russia of the early 20th century occurred here.

During World War II, Leningrad (St. Petersburg was called Leningrad between 1924 and 1991) was besieged by German forces. The siege lasted 872 days from September 1941 to January 1944. The Siege of Leningrad was one of the longest, most destructive and most lethal sieges of any major city in modern history. Many memorials were established in the city after the WWII to commemorate those who died to let the city live.

Today St. Petersburg is one of the most important industrial, scientific and cultural centers of Russia. The city has a population of over 4.6 million people and is the northernmost metropolitan area in the world. It sits on the delta of the Neva River on the banks of the Gulf of Finland, in the Baltic Sea. The life of the city is inseparably linked with the Neva River. There is water all around. In the center of the city you will find yourself crossing many bridges, and the majority of the city is completely set on islands. It has about 300 bridges 21of them are drawbridges. The locals pay for this splendor on a daily basis, stuck in traffic jams, waiting to cross bridges. The bridges are also a symbol of the city. During the summer' White Nights celebrations, the bridges are raised to allow ships through. Photographs of the summer city at night with the bridges open are visible everywhere.

The public transport system in St. Petersburg is comprised of buses, trolleybuses, trams, minibuses (marxhroutki) and of course, the metro. The entrances to metro stations are indicated by a blue, illuminated letter "M". 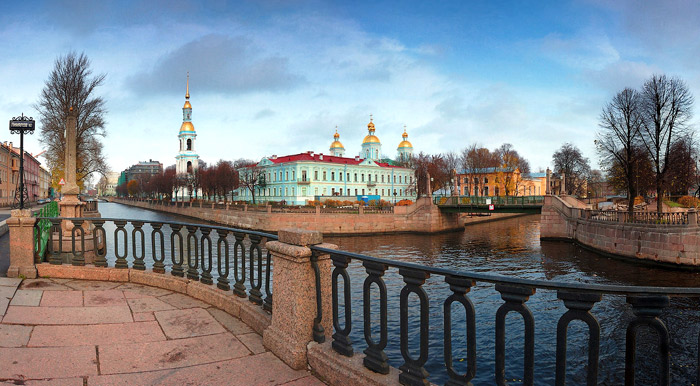 Passenger air transportation is carried out through the Pulkovo airport, located on the southern outskirts.

From May 25-26 until July 16-17 darkness does not fall upon St. Petersburg and the twilight lasts all night. Thanks to the geographical location (60 degrees northern latitude, 30 degrees eastern longitude) it is nearly as light at night, as during the daytime. St.Petersburg has a marine climate with frequent winds and rains. The sun can suddenly hide behind the dark clouds in summer, it can rain in January and the snowfall can begin in April or May. Discussing the weather is a ritual among the locals. The weather here affects people's lives and plans, both short and long-term.

There is no answer when is the best time of a year to come to St. Petersburg. Whatever season you choose, the city will still be wonderful. Even in the cold, snowy winter weather you can find things to admire in St. Petersburg. 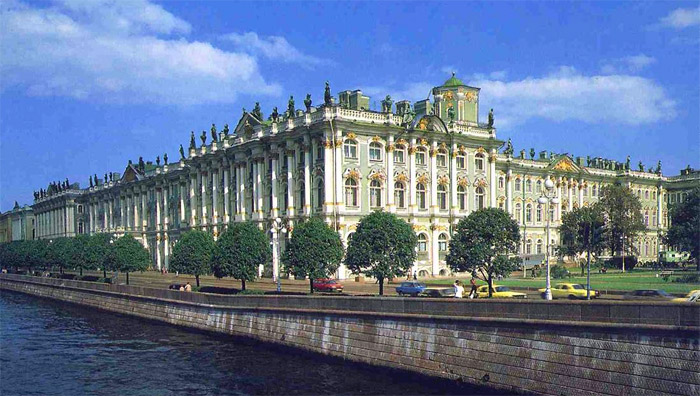