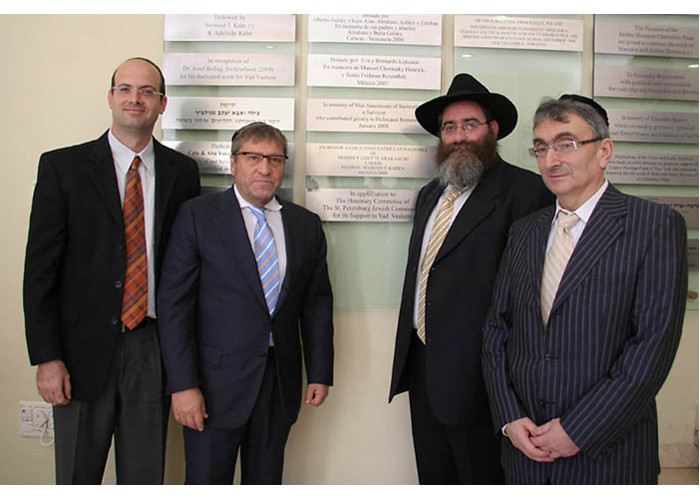 8:30
Your private fully licensed guide and safe driver will greet you at passport immigration control next to your ship.

You will be taken on an OVERVIEW TOUR OF THE CITY in a comfortable air-conditioned vehicle. This tour includes such prominent sights as: Nevsky Prospect (the main boulevard of St. Petersburg) you'll see an unusual building constructed by the commission of Ippolite Wavelberg, one of the richest Jews in St. Petersburg, Anichkov Bridge and Anichkov Palace, the Fontanka and Moika Rivers, Kazan Cathedral, Admiralty, Winter Palace, Palace Square, General Headquarters Arch, Senate Square with the Bronze Horseman (monument to Peter the Great), Palace Bridge, monument to Nicholas the First, University Embankment with its historical buildings including: Kunstkammer, Academy of Sciences, and St. Petersburg State University, Menshikov Palace, and the Academy of Fine Arts, where well-known Jewish painters such as Isaac Levitan and Marc Chagall were educated.

You'll see the marvelous panorama from the banks of the Neva River and get acquainted with the history of St. Petersburg, the Romanov family and the past and present of the local Jewish Community (one of the largest in Europe). Jewish history is closely intertwined with the history of the city.

HERMITAGE EXCURSION - Includes the 4 buildings of this ensemble the Winter Palace, the small Hermitage, the New Hermitage, and the Old Hermitage. Observe the magnificent interiors of the buildings, State Halls, and the most important masterpieces of the Western European artists. When you are inside of its miraculous halls, you'll have a strong sensation of having gone back to the times of the emperors.

You will visit GRAND CHORAL SYNAGOGUE (available every day of the week except on Saturday and major Jewish holidays) a spectacular building in Moresque style. It was constructed in 1893 and recently restored to its former glory thanks to the gracious patronage of Lily and Edmond Safra. Except for the Synagogue we will take you to Kolomna district, center of Jewish life of 19th century. You will see the Conservatoire founded by Anton Rubenstein, which has always had numerous Jewish students, followed by Galernaya Street with former ORT-school.

SAVIOR ON THE SPILT BLOOD CATHEDRAL TOUR The cathedral amazes visitors with its mighty group of multicolored "onion" domes and the magnitude of its decor.

ST. ISAAC'S CATHEDRAL TOUR. The dome is gilded with 100 kilograms of gold. St. Isaac's is ranked as number one in the world for the richness of its interior decoration.

18:30
Return to the ship (or attend optional evening activities)** 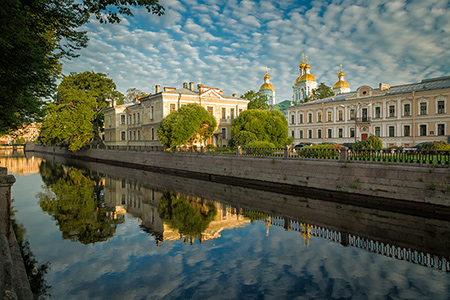 8:30
Your private guide and driver meet you at passport immigration control next to your ship.

CANAL CRUISE along rivers and canals of the "Venice of the North".

JOURNEY PUSHKIN (TZARSKOE SELO) - You will visit the summer residence of former Tsars - Catherine's Palace including the famous Amber Room - the 8th "wonder" of the World and Catherine's Park with its many beautiful pavilions, sculptures and ponds.

PETERHOF TOUR - another summer residence of former Russian emperors. You will tour the Upper Garden which resembles Versailles in its planning and, of course, the Lower Park with its incomparable fountains. You'll be astonished by the Great Cascade with its gold-embossed sculptures glistening amidst springs of crystal clear water! Your guide will show you many beautiful fountains along with pavilions and sculptures that bare historical significance. TOUR OF THE TSARS BATHOUSE its interiors recall palaces not houses

On the way back to St. Petersburg you will have a chance to see the "not so touristy" districts of St. Petersburg making a short METRO TRIP the interiors of which will definitely impress you.

PETER AND PAUL FORTRESS TOUR. The fortress is the birth place of St. Petersburg, where III Lubavich Rabbi Schneerson was imprisoned at the end of the XVIII century. You will visit PETER AND PAUL CATHEDRAL where nearly all the Russian emperors are buried. The fortress developed into a city under the rule of the Romanovs - the ruling dynasty in Russia from Peter's grandfather Mikhail until the last Russian Emperor Nicholas II

If the mentioned cost is beyond your travel budget you can invite some fellow cruisers to join your party increasing its size and reducing the price per person. We can assist you in setting up your group, offering this option to all travelers who might be interested in joining you on the same dates.

*LUNCH OPTIONS
Depending upon your preferences you have complete flexibility as to dining choices. We are able to offer bistro, cafe, or restaurant style dining along the route or you may order meals at recommended restaurants. For travel groups larger than 8 people we recommend ordering pre-arranged lunches at recommended restaurants in advance (a time-saver). All meals are served at the time of guest's arrival (a traditional Russian 3 - course lunch will cost you about $15 USD pp)

**EVENING ACTIVITIES:
After the first day's tour you may return to the ship or attend the theater either to hear an opera or to watch a ballet (from $80 - $150 USD pp depending upon theater, performance and seat location). We will reserve the best tickets in advance for you for a very memorable cultural experience. You can visit the famous Mariinsky (former Kirov), Hermitage, Mikhailovsky, Alexandrinksy, Palace Theaters. If you choose to hear and see something that is connected with Russian folklore, there are folklore shows at your disposal with Russian dances, song, tricks, traditional Russian instruments (balalaika, gusli, playing on wooden spoons, or on saws) and much more ($60-80pp). Or simply enjoy a dinner at a good, not so touristy Russian restaurant. A 2 way transfer will cost 1-6 people $90, 7-12 people $140, 13 -18 people $190

***GRATUITY:
Nobody will force you to tip in Russia, it's completely up to you. If your guide and driver exceed your expectations you can tip them according to western standards 10-20% shared between the guide and the driver (approximately 3-7% to the driver and 7-14% to the guide, USD, EURO or RUB in cash)

SHOPPING:
Your guide can assist you in your purchase of Russian souvenirs for your relatives and friends such as shawls, objects made of malachite and lapis-lazuli, 'Matroyshka' dolls, painted wooden ecology-friendly toys for kids, watches with revolutionary or Soviet symbols, fur, crystal, gold, icons, stamps with pictures of the Russian Imperial Family, caviar, vodka and much more. We know the stores where the prices are lowest and the selections larger than usual. We want you to get the high quality you desire at a fair price.

HYDROFOIL:
Upon your request made in advance, we can add a hydrofoil ride to/from Peterhof. Please be informed that some people consider St.Petersburg hydrofoils to be too noisy and crowded. Due to local navigation safety standards, they may not be available on very windy days.

EARLY ADMISSION:
We can arrange for "early admission" which allow you to enter the museums earlier than the official opening hours or "special opening" which allows you to visit the museum when it is typically closed. However, please do not expect to be the only visitors there. It is not a reservation made by one company for one group of tourists. That's how some tour providers will present it. Sometimes the museum is more crowded during "early admission" hours than after it's officially open for public. Usually museum occupancy depends on the number of cruise ships in the port on any given day. In other words that depends on your luck. Even though we won't be able to avoid all the crowds inside the sights (most of the city must sees are crowded from May to September) please do not be concerned, we will be able to take you inside avoiding long lines. 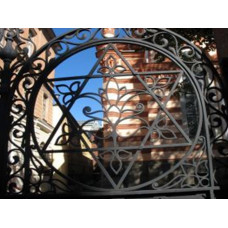